Mr. Paranjpe is a Managing Partner and Shareholder at Paranjpe Mahadass Ruemke LLP and represents plaintiffs in complex civil/commercial litigation, class actions, and personal injury litigation. Mr. Paranjpe has a vast amount of trial and negotiation experience through his previous position as a Criminal Defense Trial Attorney for a local law firm that has represented over two-hundred thousand clients in the greater Houston area. Before reaching the end of 2014, Mr. Paranjpe achieved entry into the “Century Club” having amassed and litigated, as first-chair counsel, 107 jury trials to verdict.

Leading the aggressive litigation team at PMR Law, in 2014, Mr. Paranjpe litigated the ground-breaking Cyberbullying “Klein Hoes Instagram” case, protecting his client from online bullying. In 2015, Mr. Paranjpe went on to represent students that were violated in school by their teachers and principals in the Northern District of Texas. Later that year, Mr. Paranjpe became primary counsel for hundreds of clients in a nuclear radiation exposure incident.

In his spare time, Mr. Paranjpe enjoys adventuring and scuba diving, while traveling around as much of the world as he can with his wife. Tej also enjoys cooking, running and swimming (so he can continue to cook), keeping up with new films, spending time with his family, friends and wife, and chasing around his Australian-Shepherd/Golden Retriever mix dog Indy.

The University of Texas, Austin

So Much Fraud, So Little Time, SABA North America, 2016 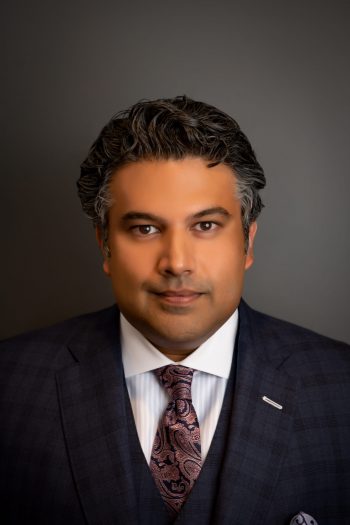